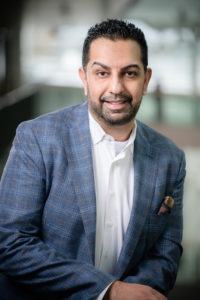 Toronto, Ontario, Feb. 12, 2020 (GLOBE NEWSWIRE) — The Board of Directors of TIAP – Toronto Innovation Acceleration Partners (formerly MaRS Innovation) – is pleased to announce the appointment of Parimal Nathwani as TIAP’s new President and Chief Executive Officer effective April 1, 2020.  Nathwani succeeds Dr. Raphael Hofstein who has served as the organization’s leader since 2009.

Parimal Nathwani, who currently serves as TIAP’s Vice President, has been with the organization since its inception in 2009 and has been fundamental to its growth and success. Most recently, he oversaw the creation and implementation of successful programs such as LAB150 which is a collaboration with the global company Evotec SE to accelerate drug development. In addition, Nathwani has been leading new venture creation and growth activities resulting in multiple TIAP portfolio companies, all of which have successfully raised third-party capital. Nathwani is well networked within TIAP’s member base, scientific community, local and national partners, global industry and venture capital, ideally positioning him to move the organization forward in the years to come.

Angus Grant, TIAP’s Chair of the Board of Directors, said: “Parimal Nathwani’s acumen within the life sciences industry together with his collaborative approach will be an asset for the membership and enable growth for the organization. After an international search his appointment is a clear reflection of the Board’s confidence in his ability to successfully lead TIAP through its next phase of accelerated growth. He will be a strong advocate for TIAP’s Members and the vision that we all share of translating Canadian scientific innovations into improved health outcomes for patients.”

Grant continued by saying that “We are indebted to Rafi Hofstein for his strong leadership which has put TIAP and Toronto on the global map for exciting scientific breakthroughs. On behalf of the Board and personally, I would like to thank Rafi for his invaluable contribution to TIAP and wish him all the best in his retirement”.

Rafi Hofstein said “It has been an honor to lead TIAP and to work with our Members. When we started in 2009, it was a big, bold experiment that has successfully yielded an innovative business approach to venture building that is admired globally. We have accomplished so much in the last ten years but there is still more work to do. I am excited to transfer the baton to Parimal. I have the utmost confidence in his ability to be the leader that TIAP needs into the future.”

“I am grateful for the opportunity to lead TIAP as we enter a new decade”, said Parimal Nathwani. “I am excited to leverage the experiences gained over the past decade as we continue to innovate around our unique approach to venture building, derived from groundbreaking health science inventions. I am fully committed to engaging our Members, the TIAP team, strategic partners and financiers to fulfill our ambitious goals of creating new ventures from academic innovation that grow and scale in Canada.”